In Love, a Memoir of Love and Loss 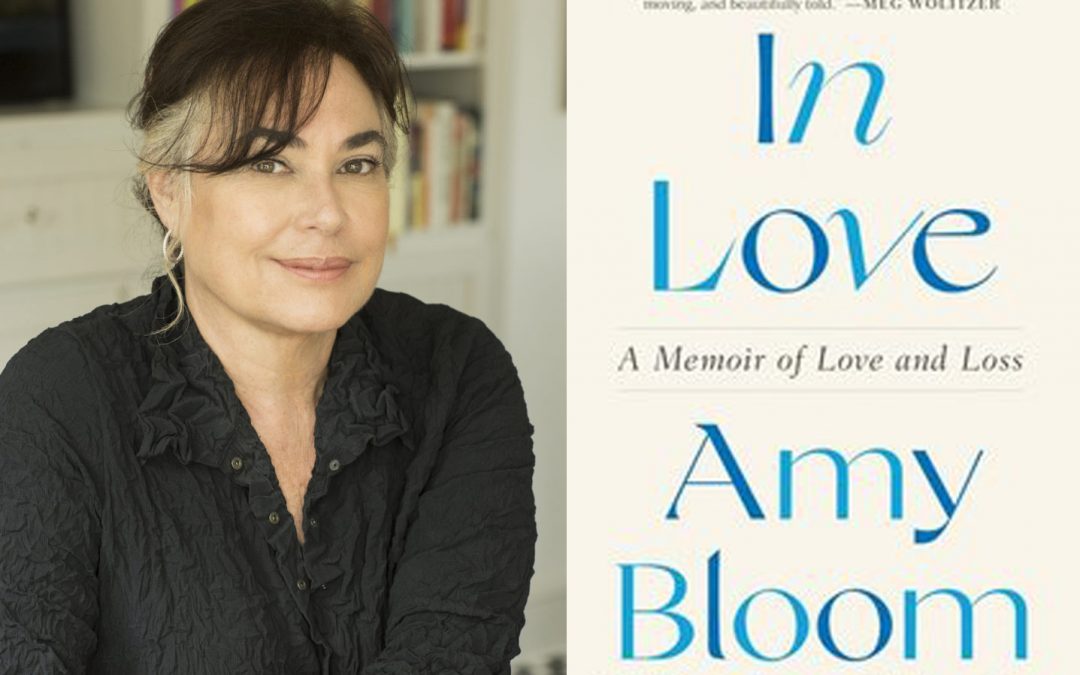 In my opinion, this book is poised to be a game-changer in the lived experience of dementia and dementia care.

The author, Amy Bloom, describes navigating the realities of her husband’s Alzheimer’s as it impacted the various domains of his life and her life, up to and including the accompanied suicide in Switzerland, on Thursday, January 20, 2020.

I have done dementia care for others. I especially appreciate how she chronicles the downward spiral of the disease. It often starts as a slow-motion whirlpool that over time pulls everything and everyone into the vortex. People are too often left bankrupt on so many levels.

She and her husband face the situation squarely or as squarely as he can as his condition worsens. He is adamant that he does not want to linger for years as he has seen happen to others with Alzheimer’s. He tasks her with the job of figuring out how to arrange his suicide. There are some hilarious moments in this book (the kind of hilarity one can experience in disasters) but my favorite is:

“Here’s my first choice,” Brian says. “We go through this process and whenever it is that we reach the point that it seems like I’m really going downhill, you tell me and then we lie down together, maybe in my office, not in our bedroom– well, maybe in our bedroom, we’ll see— and you give me whatever will kill me. I trust your judgment.”

“I can’t do that, darling. It’ll be murder. I can’t give you something that will kill you. We read about that all the time. These people can be prosecuted,” I say, although I don’t really think that a white woman my age will be sent to do hard time for assisting her husband and ending his life, in Connecticut, the Land of Steady Habits, as Brian often calls it.

Brian thinks this over and seems to drift away and then he comes back, with enthusiasm.

They learn about Dignitas in Switzerland where accompanied suicide is legal. She documents all of the ups and downs of a very rigorous application/qualifying process that took months to complete. She gives us a window into how conflicted medical professionals and others are about medical aid in dying—how this impacts the level of control the individual has!—both the person who wants to die and the person(s) who might want to be of assistance.

It is important to be clear. Amy Bloom broke the law. In most states, assisting someone to commit suicide is a felony. Although the actual event occurred in Switzerland, all the arranging was done by her here in the United States. Conviction for this felony can involve jail time and hefty fines. Even if the penalties are relatively light, there is still the reality of attorney fees, negative publicity, and the stress of wrangling with the criminal court. All of this in addition to what has most likely been years of the most stressful kind of caregiving.

This is very much a woman’s issue given that most caregivers are women and more women than men get Alzheimer’s.

I appreciate that Amy has the courage and the literary skill to tell this story this way. The radical simplicity makes it very difficult to take easy refuge in abstract ethical discussions and moral certitude.

I also appreciate the risk she is taking in being so open about the course of action she took. She is using her already established national reputation as a writer to get this story out into the open. I, for one, am grateful.

You can listen to Amy tell her story: