Gene D. Cohen (1944–2009) was an American psychiatrist who pioneered research into geriatric mental health. He was the first head of the Center on Aging at the National Institute of Mental Health, the first government-supported center on mental health and aging in the world, and was later the first director of the Center on Aging, Health, and the Humanities at the George Washington University… Cohen was a dedicated advocate of the idea that the aged are capable of functioning at high levels of creativity and intellectual rigor. When his career began, the medical profession largely treated aging like a disease, but Cohen argued based on his research that the brain would continue creating new cells at any age so long as it was engaged in new and challenging intellectual activities. (1)

In The Mature Mind, Dr. Cohen describes four developmental phases in the process of aging:

“…the degree to which a person has manifested his or her unique neurological, emotional, intellectual, and psychological capacities… the process by which these elements become optimally integrated in the mature brain… reflects the maturing synergy of cognition, emotional intelligence, judgment, social skills, life experience, and consciousness… as we mature, developmental intelligence is expressed in deepening wisdom, judgment, perspective, and vision.” ~Cohen, 2005, xix

Dr. Gene Cohen is featured in the 2009 documentary film on Alzheimer’s and the creative arts, I Remember Better When I Paint:

I Remember Better When I Paint (Documentary) 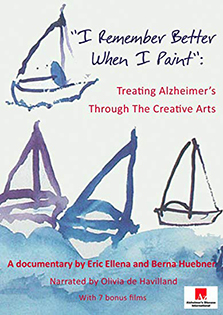 I Remember Better When I Paint (Trailer)