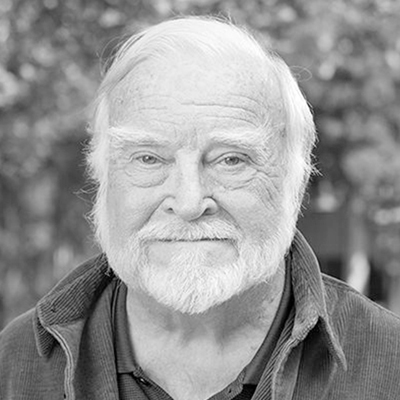 Mihaly Csikszentmihalyi is Claremont Graduate University’s Distinguished Professor of Psychology and Management. He is also the founder and co-director of the Quality of Life Research Center (QLRC). The QLRC is a nonprofit research institute that studies positive psychology, the study of human strengths such as optimism, creativity, intrinsic motivation, and responsibility.

Csikszentmihalyi is known for his research on the experience of flow, a psychological concept he introduced in his best-selling book Flow: The Psychology of Optimal Experience (Harper Perennial, 1990). The book has received much praise and attention, being described by the Library Journal as “…an intriguing look at the age-old problem of the pursuit of happiness and how, through conscious effort, we may more easily attain it.” Though published in the early 1990s, Flow has continued to draw attention from both researchers and the general public and has been translated into more than 20 languages. Since then, Csikszentmihalyi has written numerous books and articles on managing flow. In 2004, Csikszentmihalyi delivered a TEDTalk titled “Flow, the Secret to Happiness,” which has more than 3.5 million views. (1)

“If you are interested in something, you will focus on it, and if you focus attention on anything, it is likely that you will become interested in it. Many of the things we find interesting are not so by nature, but because we took the trouble of paying attention to them.” ~Mihaly Csikszentmihalyi, Finding Flow: The Psychology of Engagement with Everyday Life

“To overcome the anxieties and depressions of contemporary life, individuals must become independent of the social environment to the degree that they no longer respond exclusively in terms of its rewards and punishments. To achieve such autonomy, a person has to learn to provide rewards to herself. She has to develop the ability to find enjoyment and purpose regardless of external circumstances.” ~Mihaly Csikszentmihalyi, Flow: The Psychology of Optimal Experience

“A joyful life is an individual creation that cannot be copied from a recipe.” ~Mihaly Csikszentmihalyi

“Contrary to what we usually believe, moments like these, the best moments in our lives, are not the passive, receptive, relaxing times—although such experiences can also be enjoyable, if we have worked hard to attain them. The best moments usually occur when a person’s body or mind is stretched to its limits in a voluntary effort to accomplish something difficult and worthwhile. Optimal experience is thus something that we make happen. For a child, it could be placing with trembling fingers the last block on a tower she has built, higher than any she has built so far; for a swimmer, it could be trying to beat his own record; for a violinist, mastering an intricate musical passage. For each person there are thousands of opportunities, challenges to expand ourselves.” ~Mihaly Csikszentmihalyi, Flow: The Psychology of Optimal Experience

“If one has failed to develop curiosity and interest in the early years, it is a good idea to acquire them now, before it is too late to improve the quality of life.
To do so is fairly easy in principle, but more difficult in practice. Yet it is sure worth trying. The first step is to develop the habit of doing whatever needs to be done with concentrated attention, with skill rather than inertia. Even the most routine tasks, like washing dishes, dressing, or mowing the lawn become more rewarding if we approach them with the care it would take to make a work of art. The next step is to transfer some psychic energy each day from tasks that we don’t like doing, or from passive leisure, into something we never did before, or something we enjoy doing but don’t do often enough because it seems too much trouble. There are literally millions of potentially interesting things in the world to see, to do, to learn about. But they don’t become actually interesting until we devote attention to them.” ~Mihaly Csikszentmihalyi, Finding Flow: The Psychology of Engagement with Everyday Life

Flow, the Secret to Happiness